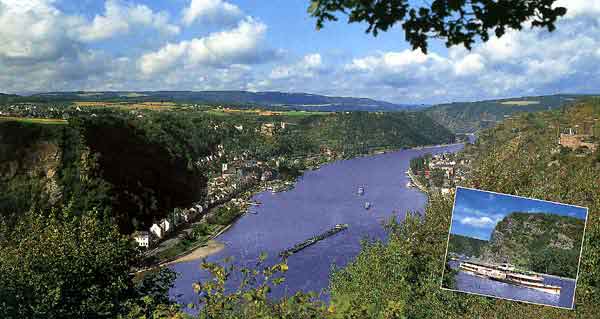 View from the Lorelei Rock into the Rhine river valley by St.Goar on Rhine.
Left, on the hilltop is the village of Biebernheim.
In the middle of the picture, at the back, is the fortress Rheinfels,
right is St.Goarshausen and the Castle Katz.
Small picture right: Steamship Goethe in front of the Lorelei.

St. Goar on the Rhine river